Bandelier National Monument was about an hour drive away from Santa Fe, and was highly ranked on the list of places to visit in New Mexico. It was an ancient site dating back over 11,000 years, where the Ancestral Pueblo people carved dwellings into the rocky canyon and lived there for about 400 years.
Just ten miles short of Bandelier, signs abound at the town of White Rock to inform visitors that the monument could only be accessed via shuttle bus. We had clearly missed that information while planning our visit. A little confused, we walked into a brand new museum-like visitor center, where the staff informed us of the shuttle schedule and fees to enter the monument. We quickly parked our car and caught the monument-bound bus just before it left. The bus took us through winding mountain roads before ending at another visitor center, which sat at the entrance to the monument. A staff greeted us and gave a quick overview of what we could see and do once inside. As we stepped onto the trail, it quickly became apparent that no strenuous hiking was expected. There were families with young children and visitors in flip-flops. The monument appeared to be designed as an outdoor getaway for families. 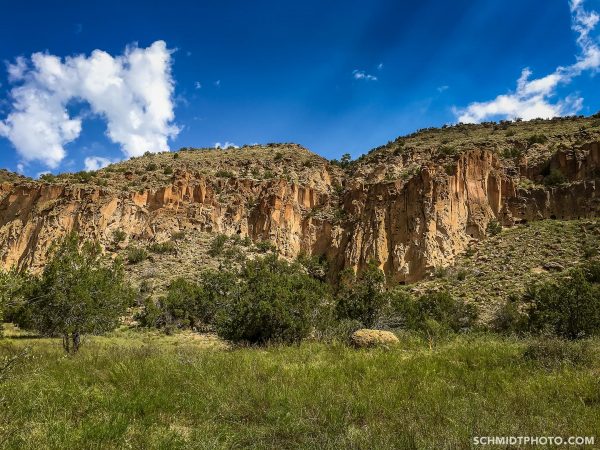 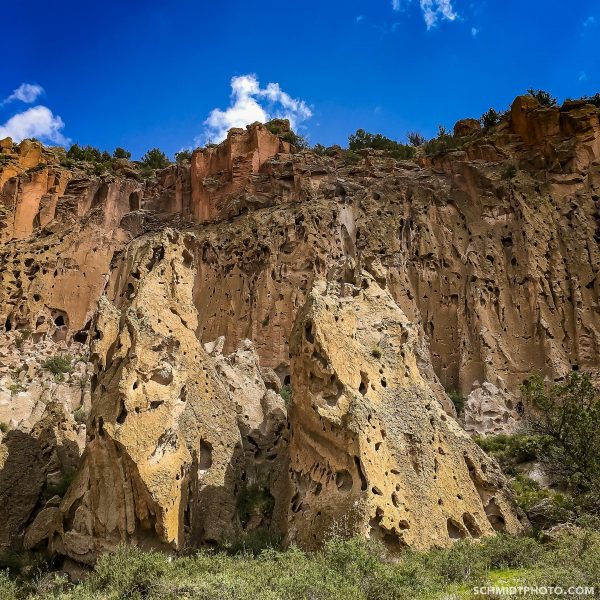 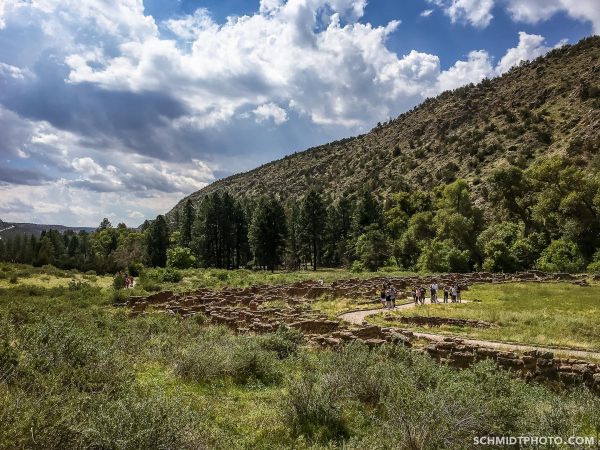 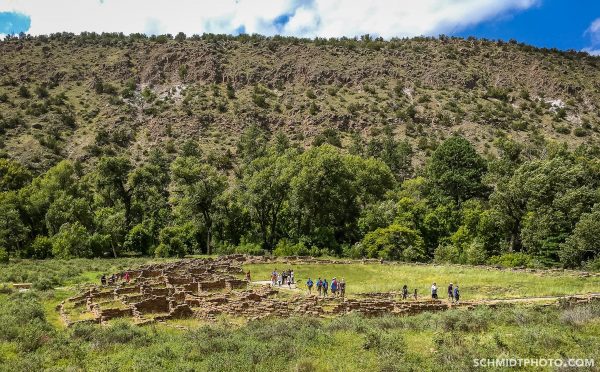 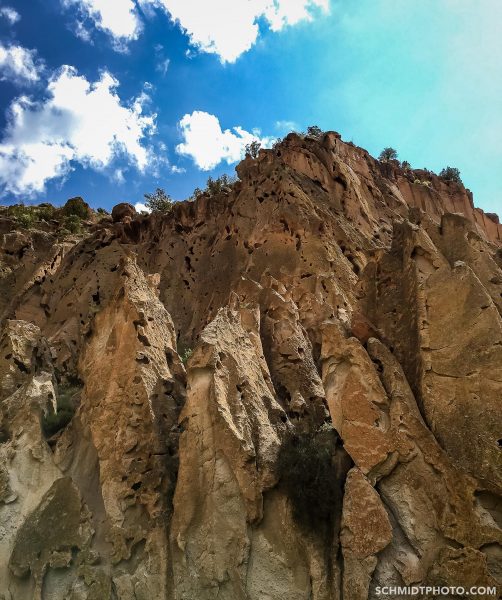 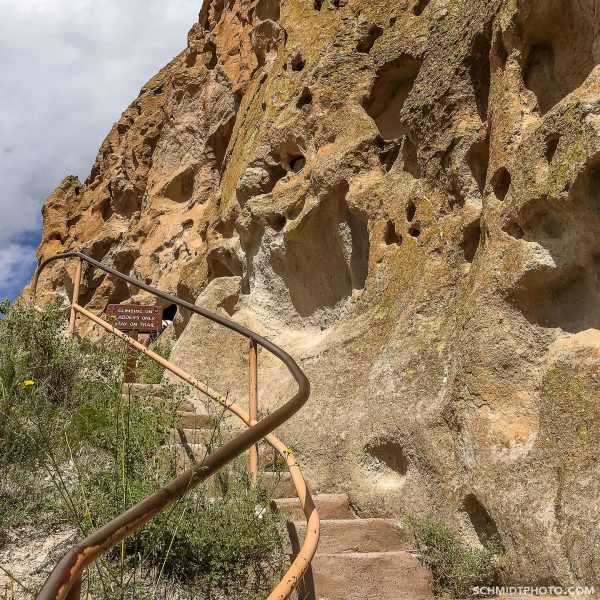 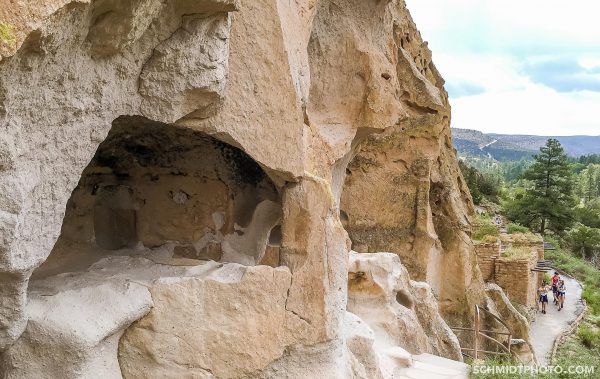 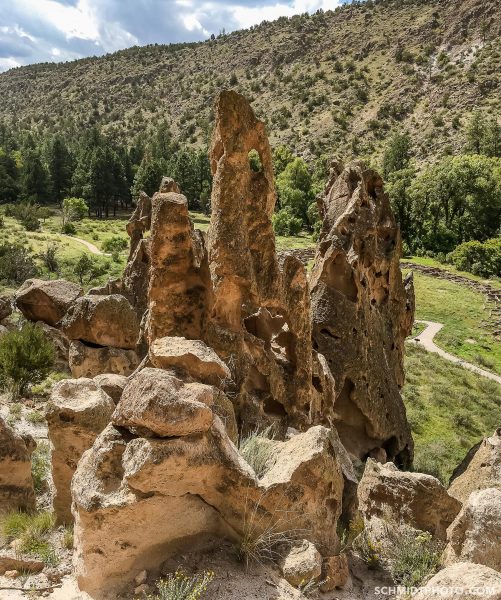 As we walked along the Frijoles Canyon, there were remnants of civilization scattered on the flat canyon ground, where small plaques provided explanations of what they used to be. Some of the remnants used to be a ceremonial pit, or what was left of ancient homes. The trail then led us onto a ledge in the canyon wall, where stairs and guardrails had been conveniently installed for the modern day visitor. Fist-sized pockmarks lined the canyon walls, along with larger hollows around them. The pockmarks were supposedly used to hold long wooden stakes, which ancient inhabitants utilized to climb into their cave dwellings. Expecting every modern visitor to perform unassisted pull-ups was unreasonable, so the monument’s management had propped ladders against the caves to make them accessible. At each ladder, there were visitors waiting their turn to climb into the caves for pictures. Like a good tourist destination, tempers flared when the wait got too long.

At the farthest end of the trail was an option to climb up a series of ladders that would bring visitors up 140’ to an alcove. The ladder could only hold one person at a time, and there were some stop points between each ladder, which required walking on narrow ledges and stairs, and taking turns if someone else was on the ladders. It could be daunting for people with a fear of heights, and the fear did not quite dissipate even after stepping into the alcove. There were no guardrails in the alcove, and the bottom was sloping downwards into the canyon. Even though there was plenty of room to stay away from the edge, it still gave us some fear of slipping off. Nonetheless, the alcove provided a sweeping view of the canyon, where we enjoyed the peaceful sound of a breeze raking through the leaves and watched the trees sway gently.

With that, we headed back to the visitor center for the next shuttle bus. The tourist vibes of the monument persisted in the full bus, where an elderly man croaked at us for blocking his view out the window. That about summed up our impression of Bandelier. As much as we had enjoyed exploring the caves, the heavy tourist traffic and focus marred the experience somewhat.

Climbing the Ladders to the Top Cave 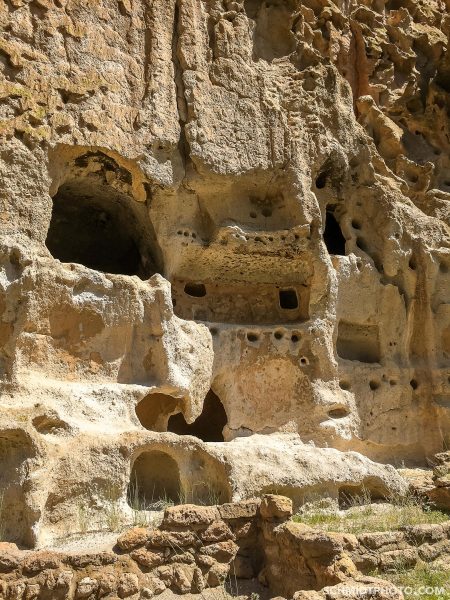 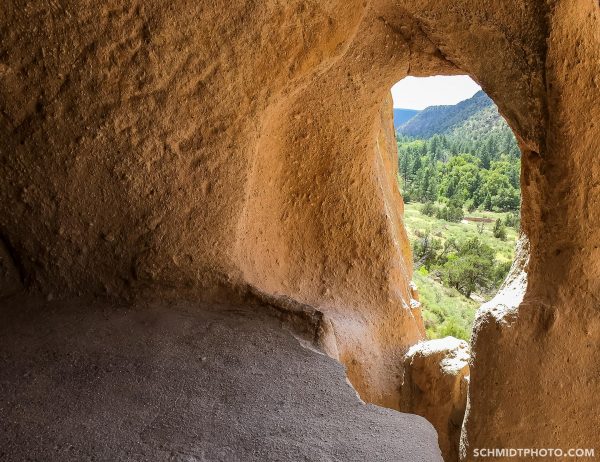 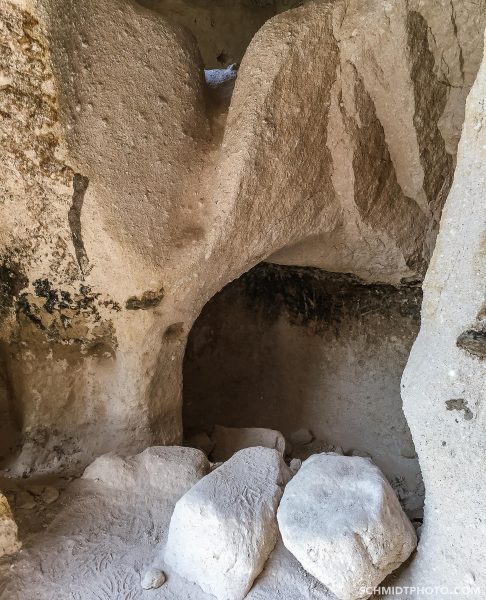 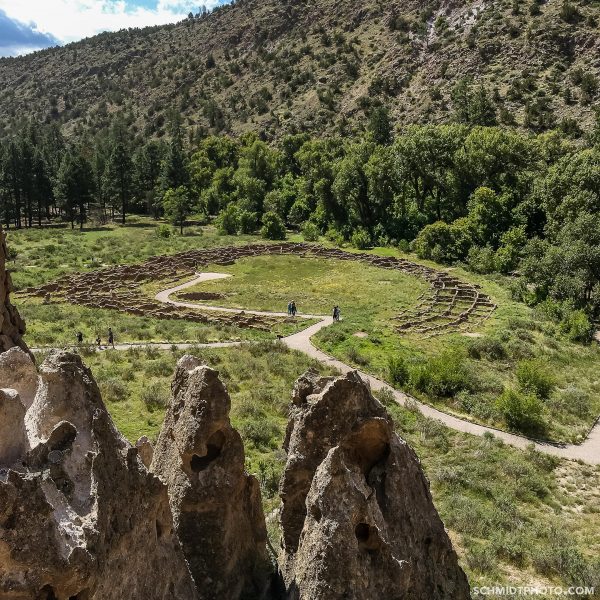 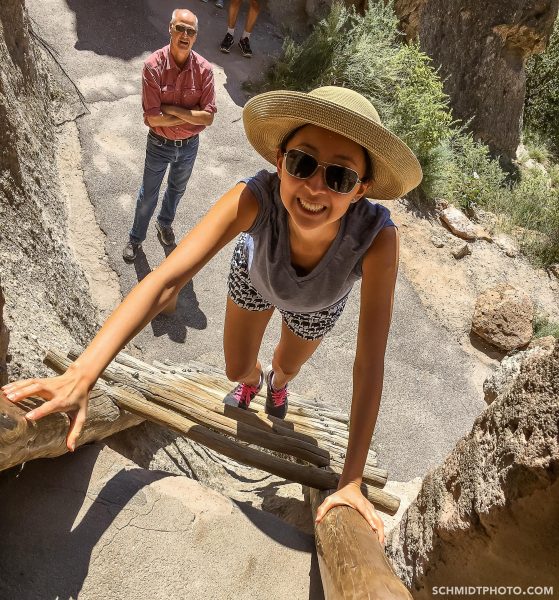 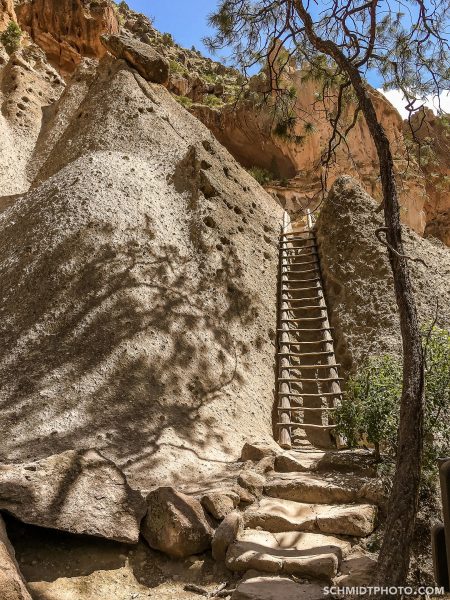 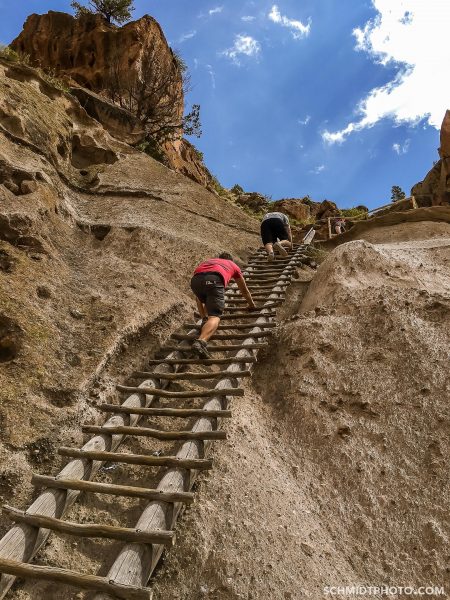 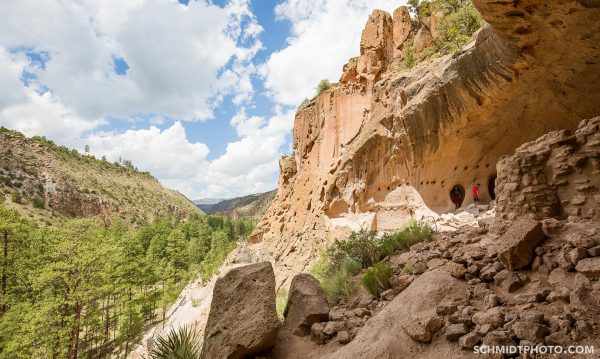 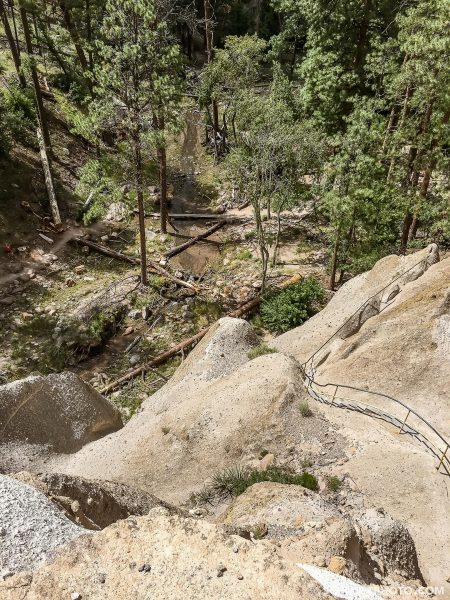 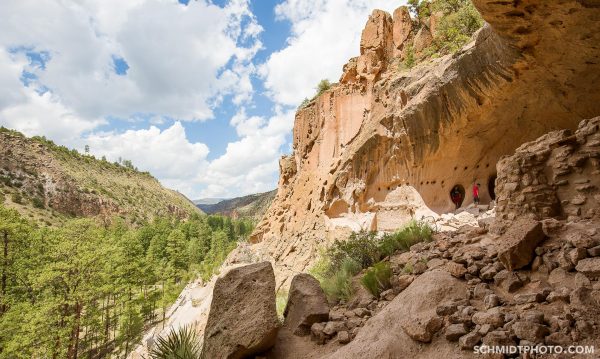