Ghost Ranch was located in Abiquiu, and was owned by the Presbyterian Church who ran it as an education and retreat center. We had chanced upon this obscure place while looking into popular hiking trails in the state. Interestingly, Georgia O’Keefe had lived here, and the beautiful layered rocky canyon had inspired and influenced her art.

There was barely anyone around when we arrived at the ranch, and it appeared mostly deserted, if not abandoned. We found the office to register ourselves, grabbed a map, and started off on the Chimney Rock hiking trail. We soon found ourselves completely alone, the ranch far behind us. The hike was strangely quiet, except for the sound of our footsteps as we put one foot after another, slowly ascending the steep hill. As we trudged forward, a massive cliff face loomed in front of us, and it felt so close as though we could touch it with our hands outstretched. But, in between us was an abyss, made dark and intimidating by the cliffs that closed in around it. Our voices echoed as we hollered. Uncontrollably, the fear of slipping and falling circulated in our minds as we clambered upwards on a ledge. Thankfully, the trail flattened out to a path on the ridge of a hill, providing beautiful views in all directions. The trail ended as the hill dropped off into a vertical cliff, and right across, was the aptly named Chimney Rocks, which jutted out against a backdrop of desert and hills with azure sky. 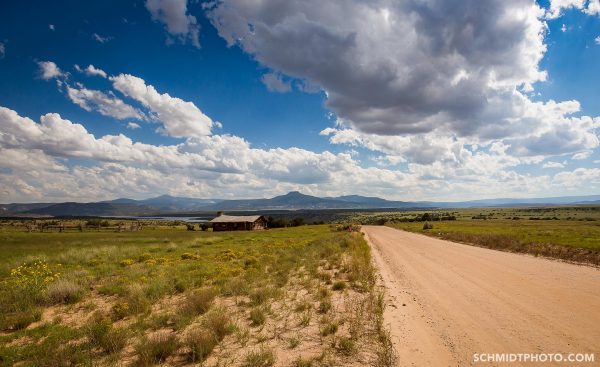 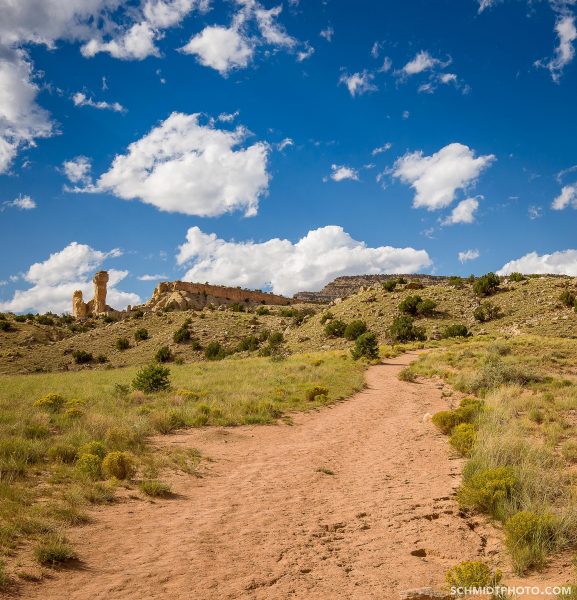 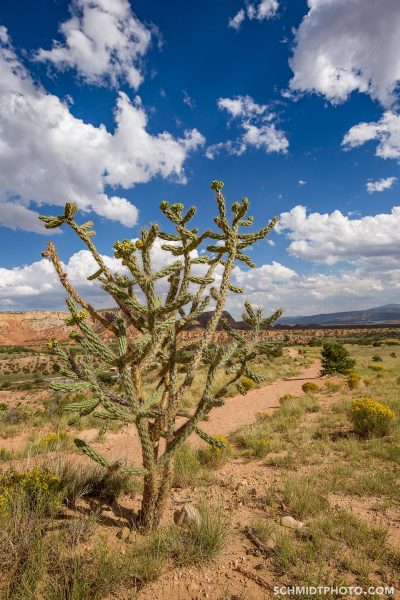 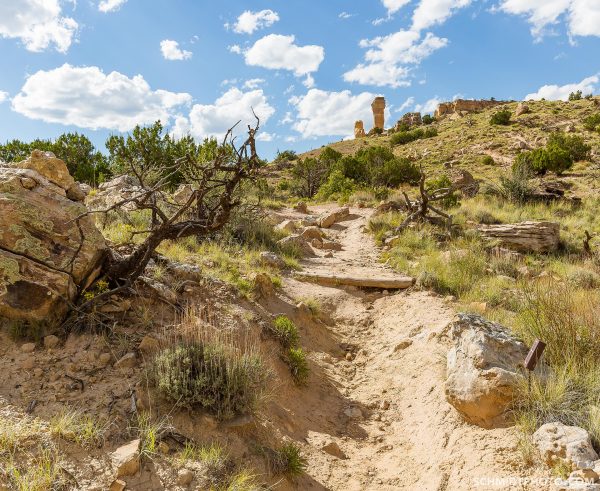 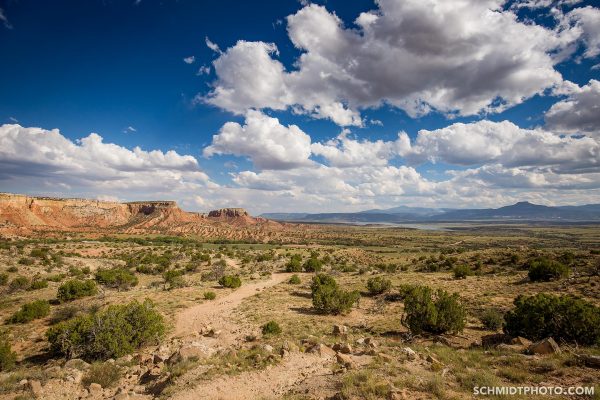 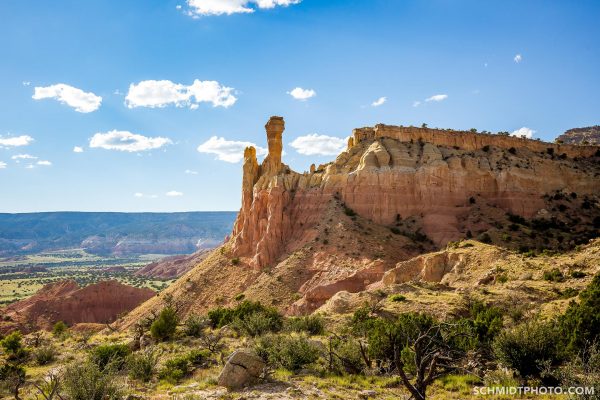 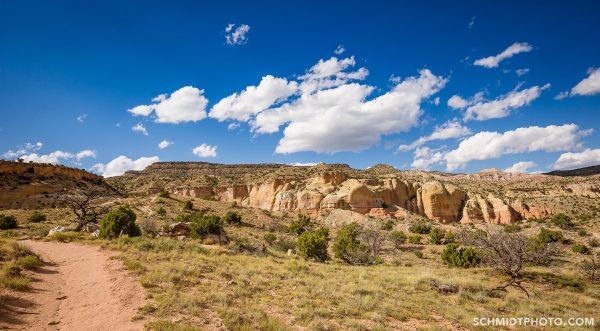 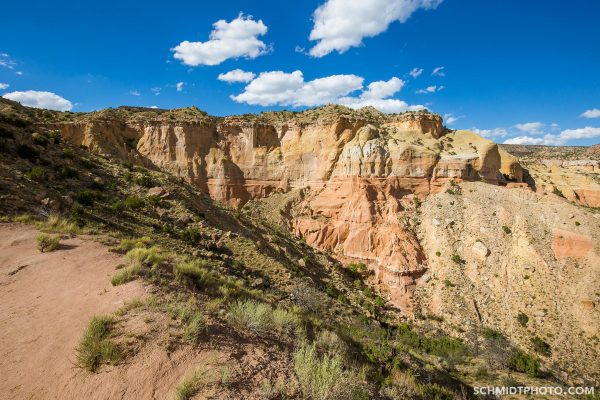 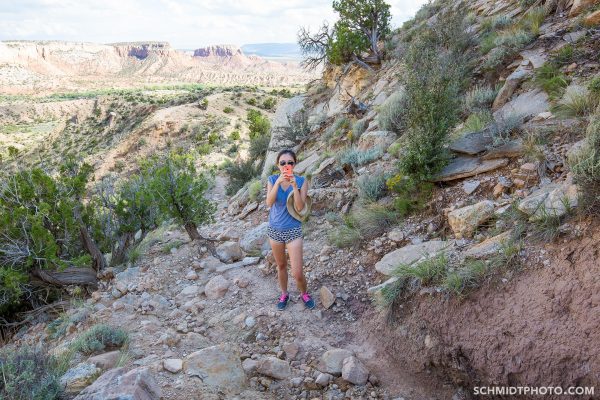 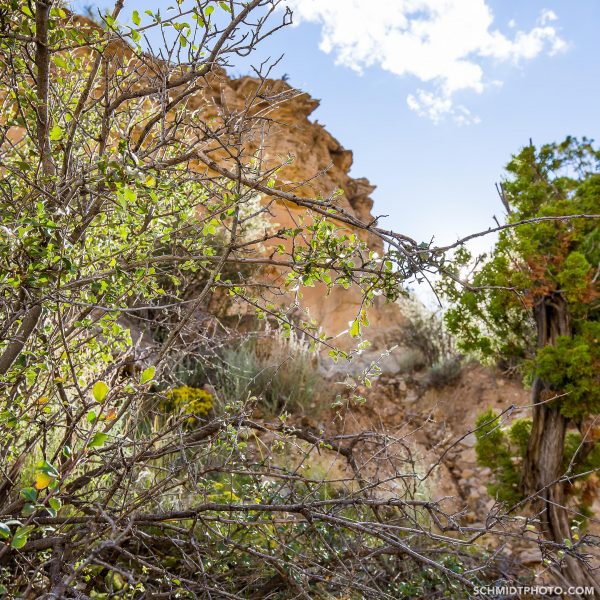 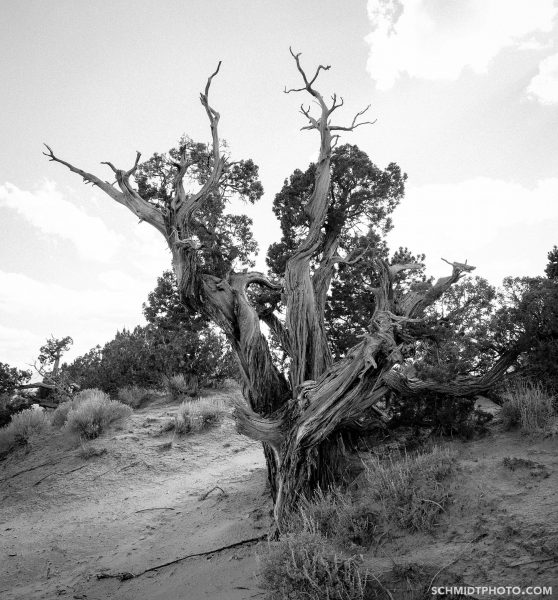 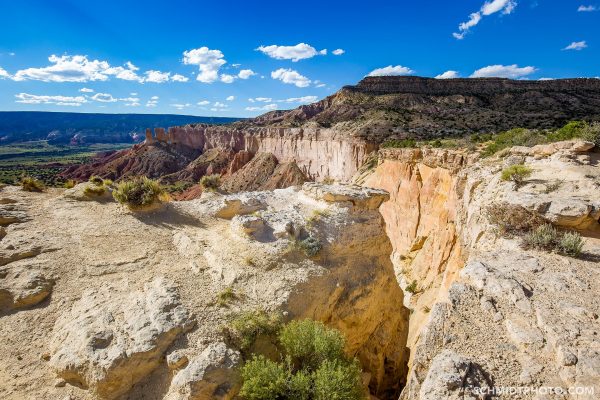 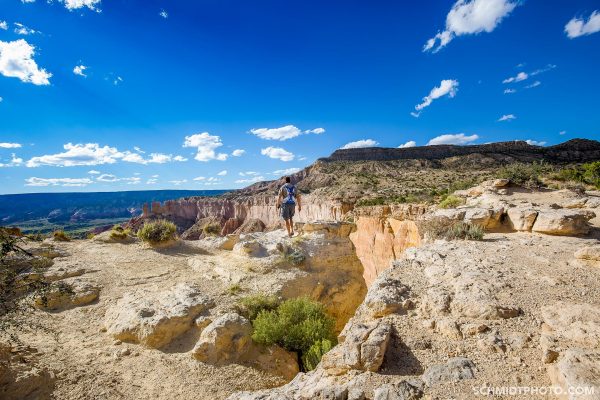 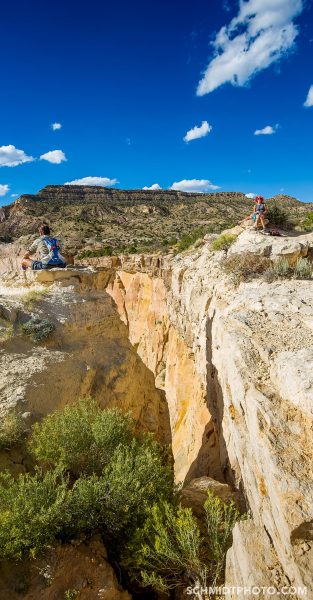 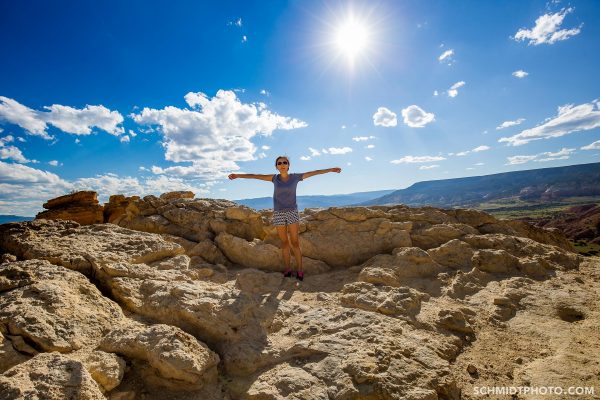 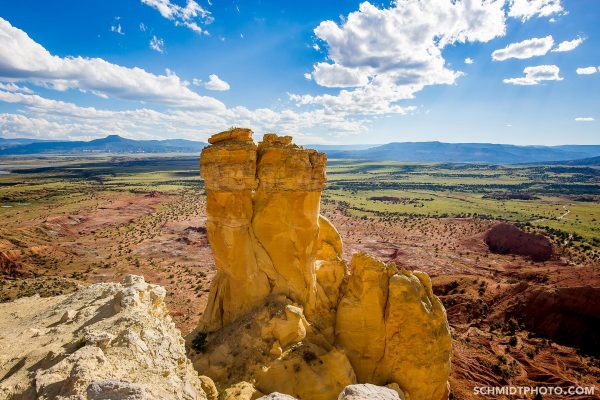 We headed back the way we came, and magically, the view in the opposite direction was different but just as beautiful. The same abyss that had unnerved us was now a friendly gorge where we took a break by the ledge and threw rocks into. Maybe the light changed our perspectives, or maybe our minds were playing tricks on us, but it was as though we were hiking a different path back to the ranch. With an hour left to sunset, we picked a shorter hike, which led us by some abandoned shacks before ending at a wall of plaques that stood in front of a butte that rose majestically. The memorial was dedicated to people who loved Ghost Ranch and who had passed. Animals were welcomed too, as evidenced by a cracked urn with a paw print that sat on top of the wall, long emptied of its contents. Eerie silence enveloped us.

As the sun began to set, we strolled back to the ranch, passing more mesas and butte, and hikes that we were not able to embark on this trip. The ranch had come to life a little. Two children were climbing up small trees picking apples, some were sitting on benches in the middle of an open field, gazing out towards the hills, and others were walking around leisurely.

The experience at Ghost Ranch was hard to describe. The ranch and canyons were starkly silent, devoid of almost any other sensory stimulation besides the vividly colored layered rocks with different hues of red, and the deep blue sky. The cliffs felt so close, yet so untouchable. The peace that came with being alone, the mind focused only on putting one foot in front of the other, and the physical sensation of sand and rocks crunching beneath the feet, and heart pumping in the chest. We felt emotions as diverse as exhilaration and deep fear simultaneously, feelings so complex and mysterious for words. The rawness and beauty of the landscape could only be best experienced by being there. 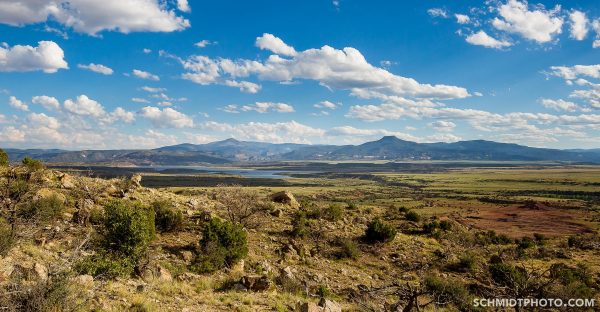 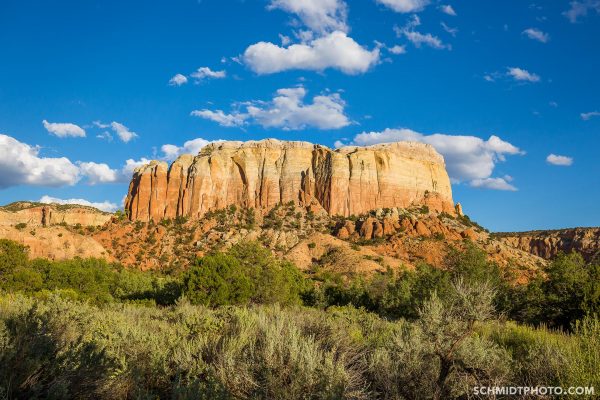 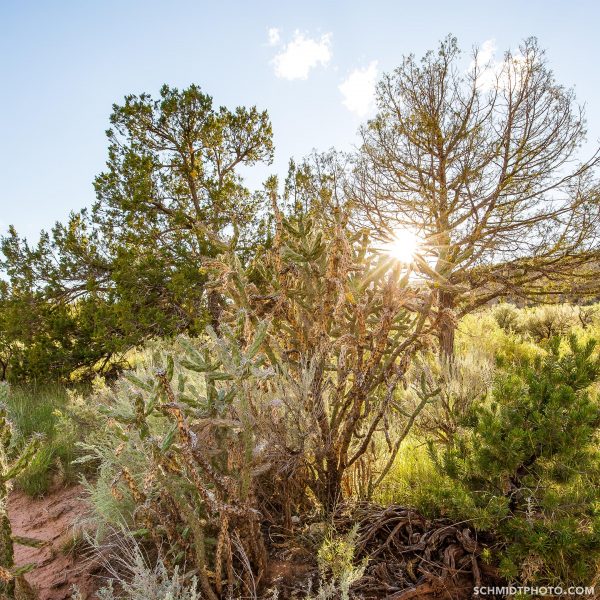 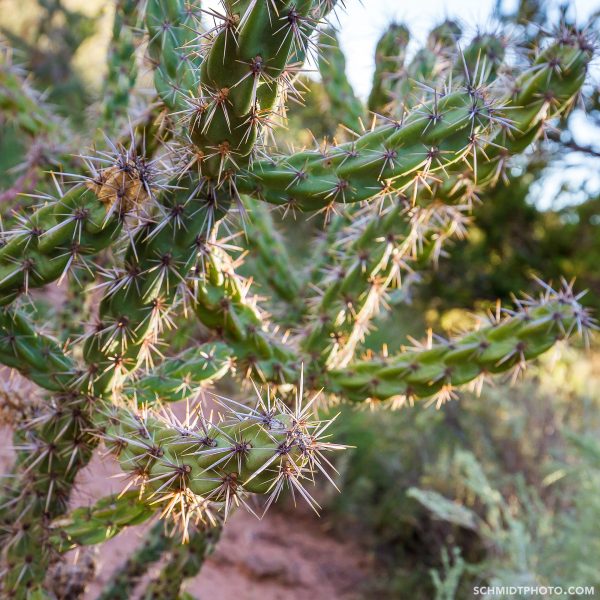 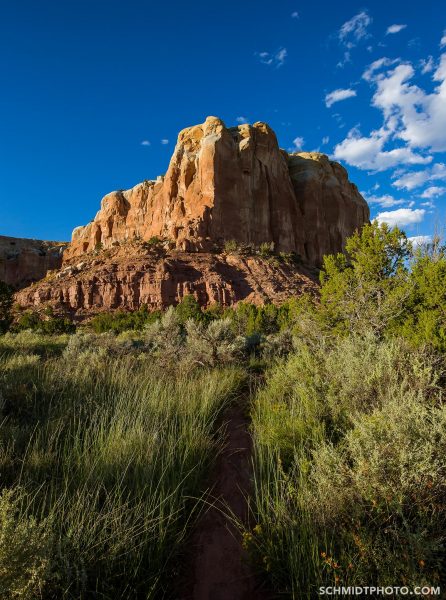 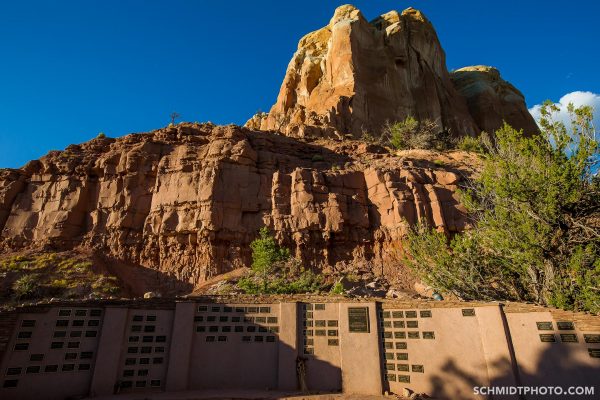 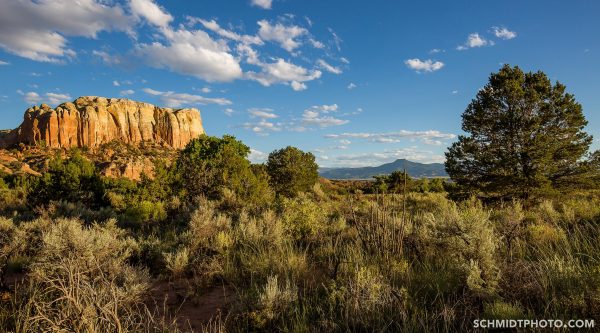 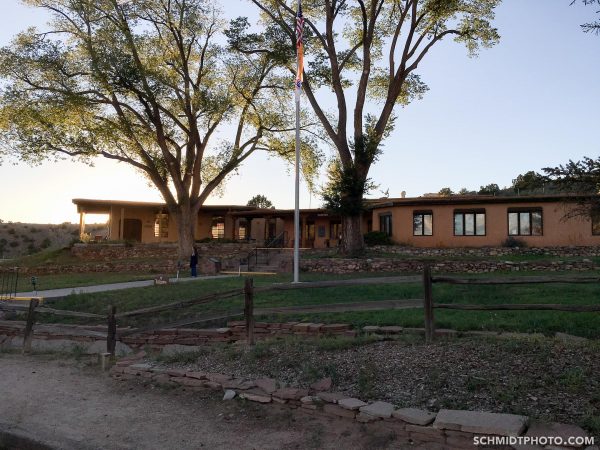 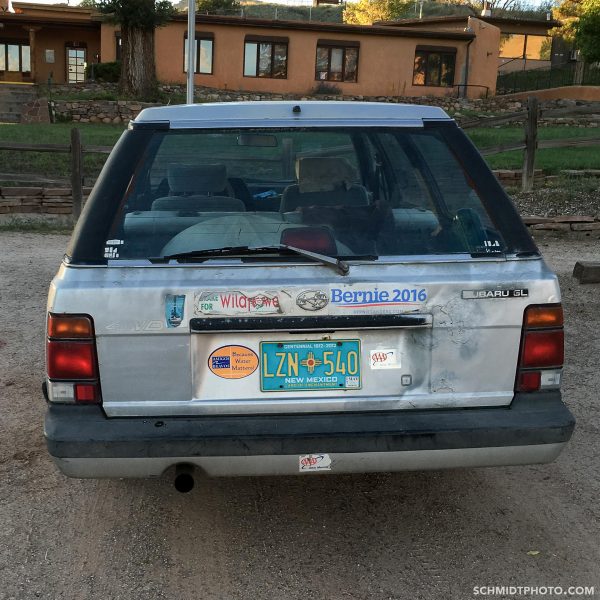 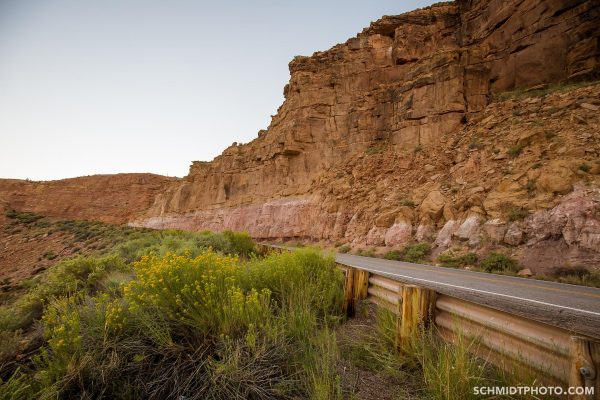 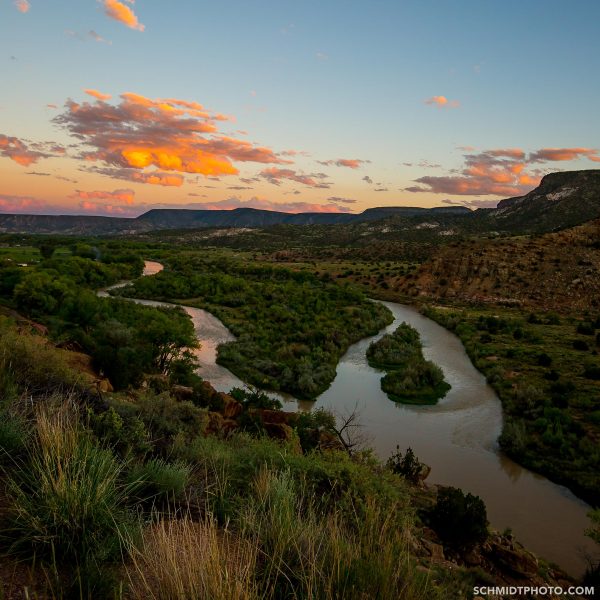